If At First You Don't Succeed Listen To Your Rugby Coach

Union rugby positions have a specific role to play. Different physical attributes are required for each rugby position, although strength and speed are essential for every single player on the rugby field (maybe not “speed” for Props–my son, who plays Prop, says different).

Typically, a rugby player will specialize in one playing position, although it is not unusual for a rugger to be proficient in several rugby positions.

In a Rugby Fifteens game, there are 15 rugby players on the pitch (“pitch” is a term used for the rugby playing field, also known in some areas as a “Paddock”). There are 8 “Forwards” and 7 “Backs.” Rugby players take on both attacking (offense) and defending (defense) roles, unlike American Football, where players only perform an offensive or a defensive position with “special teams” alternating positions based on ball possession.

In what is referred to as “loose play” (not scrums or lineouts) in a rugby game, players can stand in any position on the field of play as long as they remain “onside” (mainly staying behind a teammate who has the ball). There are exceptions with set-piece plays (scrums and lineouts). During set-piece plays there are rules for where each player can be in relation to where the rugby ball is and the opposing rugby team’s location.

Starting rugby players wear rugby jerseys with the numbers 1-15 on the back. The number indicates the player’s position on the team.

The rugby player numbering system is different from other sports where the sports player’s jersey number specifies a player’s name. For example, in rugby, the position called “Hooker” is always the number 2 jersey. The reason behind the number being the rugby position is because, in rugby’s positioning past, there could be different position titles for the same position. Rugby teams from different regions often had separate names for identical positions.

For example, the “Scrumhalf” and “Halfback” were used for the same position. By choosing to call this duel-named rugby position a “Number 9,” it simplified what different regions called that particular position. 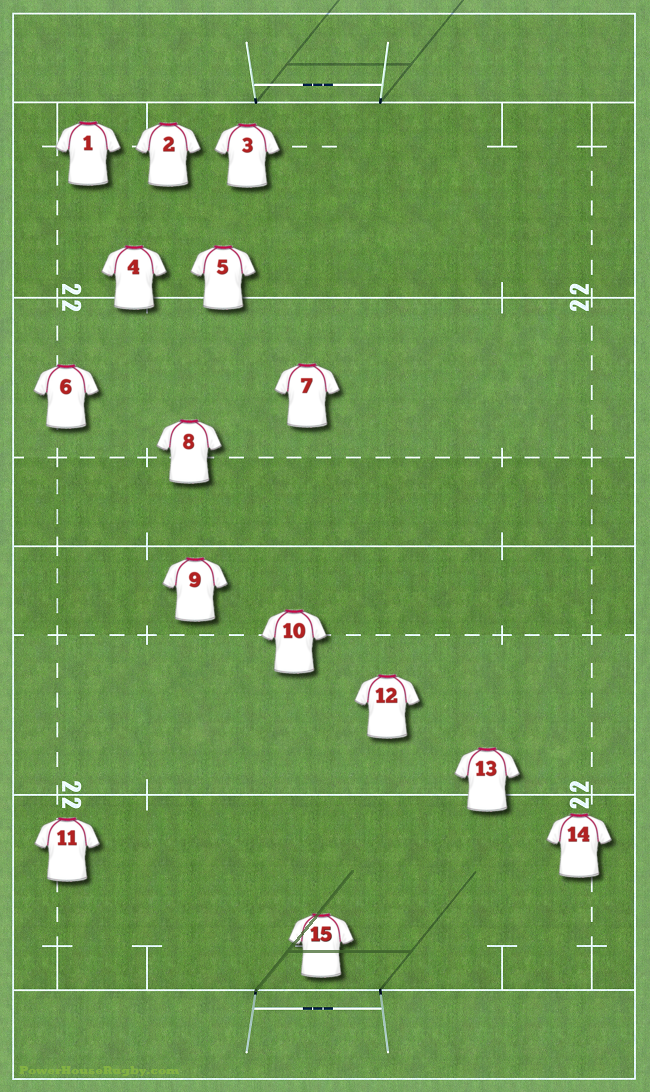 Leave a comment and let me know your thoughts.

Get to it NOW.

REMEMBER: Before starting any new exercise routines please check with your medical provider and clear your new exercise plan with them before beginning. This is especially true if you haven’t been exercising for some time or are recovering from an injury. I am not a doctor, nor do I play one on T.V. 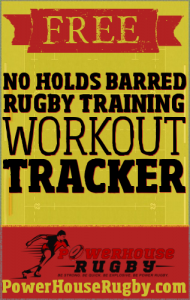 Do you like this Newsletter? Would you like to recieve the PowerHouse rugby newsletter in your email inbox?

Then, be sure to take a moment to sign up for the Tryline Newsletter and follow this blog for more upcoming advice from rugby coach Terry and Brian.

The Powerhouse Rugby weekly TryLine newsletter seeks to supply you with the top rugby fitness drills, nutritional suggestions, and advice from coaches and players to help make your rugby goals a reality.

When you sign up for the newsletter, we’ll send you our free training guide and workout tracker which includes this exercise drill and more.

Some of the posts and pages on PHR contain affiliate links or links to purchase products or programs from PHR contributors. This means PHR or the contributor may make a small commission if you make a purchase.

Please check out the PowerHouseRugby Privacy Page for more details.

Thank you for your continued support!

This website uses cookies to improve your experience while you navigate through the website. Out of these, the cookies that are categorized as necessary are stored on your browser as they are essential for the working of basic functionalities of the website. We also use third-party cookies that help us analyze and understand how you use this website. These cookies will be stored in your browser only with your consent. You also have the option to opt-out of these cookies. But opting out of some of these cookies may affect your browsing experience.
Necessary Always Enabled
Necessary cookies are absolutely essential for the website to function properly. This category only includes cookies that ensures basic functionalities and security features of the website. These cookies do not store any personal information.
Non-necessary
Any cookies that may not be particularly necessary for the website to function and is used specifically to collect user personal data via analytics, ads, other embedded contents are termed as non-necessary cookies. It is mandatory to procure user consent prior to running these cookies on your website.
SAVE & ACCEPT